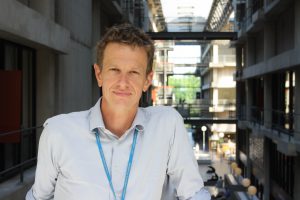 Maarten Soeters (1975) is an endocrinologist who is interested in translating basal research to the human situation. He studied at the University of Amsterdam where he also was trained in internal medicine. He obtained his PhD in 2008 on the metabolic response to short-term fasting. The thesis included human translational work with stable isotopes and different clamp techniques. 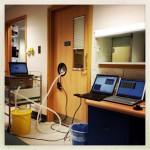 After endocrinology training he worked as post-doc in the Toni Vidal-Puig Lab in the Institute of Metabolic Science at the University of Cambridge in the United Kingdom (2011-2014) where he investigated the thermogenic response to cold and food components and the involved central and peripheral mechanisms that regulate thermogenesis and energy expenditure. This post-doc was funded by a Marie-Curie EU grant.

After rejoining the Department of Endocrinology and Metabolism of the Academic Medical Center in Amsterdam, he focused on acylcarnitine and human and rodent bile acid metabolism (funded by an AMC PhD Scholarship, the Dutch Diabetes Foundation and NWO). His research is embedded in the Amsterdam Institute for Gastroenterology and Metabolism. The primary interest of his group is to increase the understanding of the postprandial metabolic and endocrine mechanisms that are important for a normal anabolic response. Additionally he is interested in total parenteral nutrition and the (patho)physiology of insulin resistance. Also patient care and teaching are core tasks of his appointment. In 2015 he joined the editorial board of the ESPEN journal “Clinical Nutrition” as associate editor. In the beginning of 2020, he will be editor in chief of a new journal in the field of Human Nutrition and Metabolism.

Maarten Soeters is head of the Experimental and Clinical Research Unit (ECRU) of the Academic Medical Center that is located in the same building and on the same floor as the Department of Endocrinology and Metabolism (F5north-south/Short-Stay). ECRU hosts and provides support for clinicians and researchers. We aim to accommodate investigator- and pharma-initiated studies. Additionally, he is the medical director of the in-hospital patient nutrition program “Zorg op het Bord“. 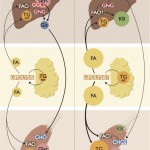